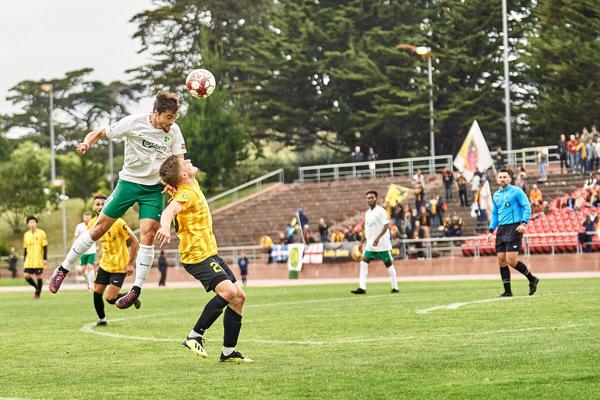 SAN FRANCISCO — The San Francisco Glens led twice in their season-opening derby on the road against SF City FC, but two late goals propelled the hosts to a 3-2 result on Sunday.

Marco Iubel found the back of the net twice for the Glens, with the first goal coming in the second minute of the game. After SF City equalized before the intermission thanks to Greg Conrad, Iubel notched his second off a set piece early in the second half.

However, SF City would once again tie the game minutes later, as right back Barry McCabe set off a sequence leading to Conrad's second of the night.

Then in the 80th and 85th minutes, Yohannes Harish racked up two yellow cards due to hard challenges. His subsequent expulsion left the Glens with just 10 men to finish the game, and SF City took advantage, as Conrad earned the hat trick by capitalizing on a Glens defensive miscue.

The Glens now hit the road for a Southern California road trip this weekend. First on the docket is FC Golden State on Friday at 7p.m. from Rio Hondo College, followed by Orange County SC U-23 at OC Great Park on Sunday at 1 p.m.