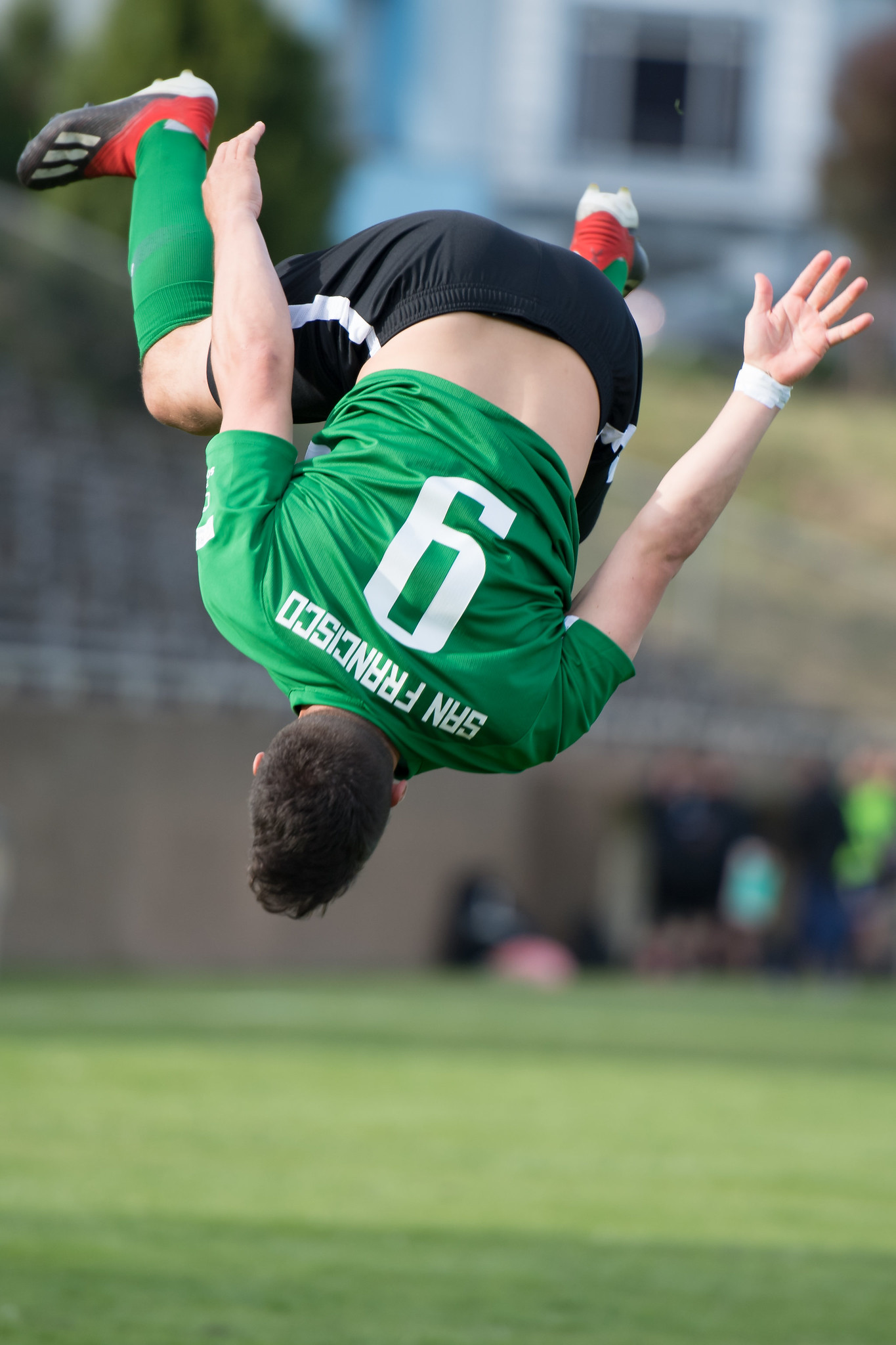 SAN FRANCISCO — For the third time in four games, the San Francisco Glens took a lead in the first five minutes.

Unfortunately, they also were unable to maintain that advantage in all three matches, with the latest instance on Friday in their 1-1 draw with the Santa Cruz Breakers.

The Glens started their 2019 USL League Two home opener in the most optimal manner possible, as Marco Iubel's high pressure forced a turnover in the attacking end. The Brazilian forward then found midfielder Yohannes Harish, who in turn connected with striker Stephen Cordova for his first official goal with the first team.

Cordova, who unleashed a backflip upon scoring, earned the Carlsberg Play of the Game for his efforts.

Much like their previous game against Orange County SC Under-23, San Francisco dominated a vast majority of the game, especially in the midfield. New signing Nabi Kibunguchy, the Thomas Quinn Law Man of the match, had a big part in that. The 6-foot-3 UC Davis man was a force from box to box and continuously kept the Santa Cruz attack out of sorts.

However, the Glens could not find the insurance goal they needed to put the game away, and once again, they were punished for it.

Late in the second half, the Breakers lifted a ball into the box over the heads of the back line and to the feet of their striker. San Francisco goalkeeper Javier Santana did well to parry away the first shot, but Walmer Martinez was there to clean up the mess, shooting a dagger into the Glens' hopes for their first win of the season.

"We had plenty of chances to put this team away, but this game can be brutal," said head coach Javier Ayala-Hil in the Coach's Corner presented by Rubica. "They had one or two chances and capitalized. We need to go back to the drawing board to see how we can be more consistent in front of goal."

The Glens' homestand continues Sunday at 4 p.m. when they take on defending Western Conference champion FC Golden State Force. Tickets can be purchased at sfglens.com/tickets or at the door.

Over 70 percent of all MLS SuperDraft selections since 2010 have USL League Two experience, including four from the Glens in 2019 (Sam Junqua, Roy Boateng, Shinya Kadono, and Sam Ebstein—the first San Francisco club to ever have that many picked.

Among the many players to have played in USL League Two before making their professional debuts include Newcastle United FC defender DeAndre Yedlin, 2017 MLS Goalkeeper of the Year Tim Melia, 2017 MLS Defender of the Year Ike Opara, 2018 MLS Rookie of the Year Corey Baird, and U.S. Men’s National Team members such as Darlington Nagbe, Brad Guzan, Geoff Cameron, Josh Sargent, and the Bay Area’s own Nick Lima.