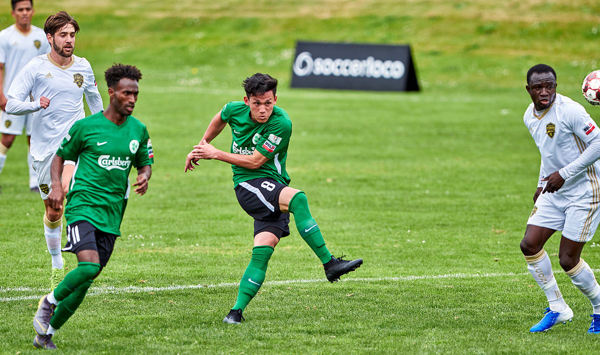 SAN FRANCISCO — The San Francisco Glens finally took their first two-goal lead of 2019 and maintained it through the halftime intermission.

Unfortunately, their inability to close out games continued as the visiting FC Golden State Force scored two second-half goals to send the Glens to their third consecutive draw.

With 10 minutes left in the first half, Julio Gonzalez Ponce netted for the first time in an official game for San Francisco to give the Glens the lead. Nearly seconds later, Marco Iubel added his fourth goal of the season to put San Francisco up 2-0.

But as has been the case all season, the Glens have been unable to hold on to the lead. The Force would punish them with a goal midway through the second half, before a questionable offside non-call allowed FC Golden State to even the score with 12 minutes left.

Neither side could come up with a game-winning goal and the 2-2 score became a final.

The Glens' next game is their last one of a three-match homestand on Thursday at Boxer Stadium against the SoCal Seahorses. Kickoff is scheduled for 6 p.m., but the 2nd Annual First Responders Cup will take place beforehand at 4 p.m. between the defending champion SFPD Soccer Club and SFYI Soccer Club, which is sponsored by the Firefighters Local 798.