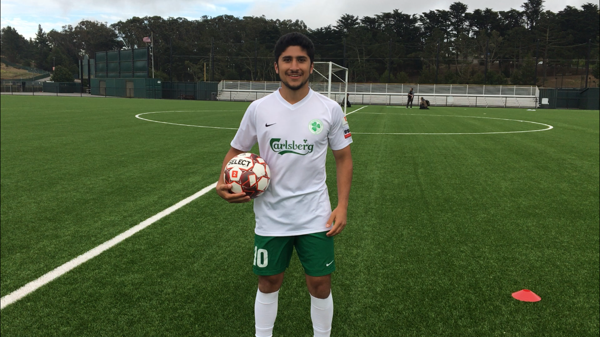 Amir Bashti has returned to the Bay Area, as the playmaking midfielder has signed with the San Francisco Glens for the remainder of the USL League Two season.

The Cupertino native and San Jose Earthquakes Academy product was an All-Pac-12 First Team selection at midfielder last season for Stanford, leading to his selection in the second round of the MLS SuperDraft in January by reigning MLS champion Atlanta United FC.

However, Bashti elected not to sign his contract offer. Instead, he went on trial in Europe with several teams including 2. Bundesliga club FC St. Pauli before finding his way back home with the Glens.

“It feels good to be back,” Bashti said. “I’m excited to join the Glens and hope I can contribute to the team while I’m here.”

This will be Bashti’s second stint in the USL2; in 2017, he played for the now-defunct Burlingame Dragons, who served as the Quakes’ Under-23 team during their time in the league.

The Glens return to Boxer on Sunday, June 30th against the Ventura County Fusion at 1 p.m. for the club’s inaugural $2 Beer Day. Watch the live stream on twitch.tv/jimmyconrad or go to sfglens.com for more information.