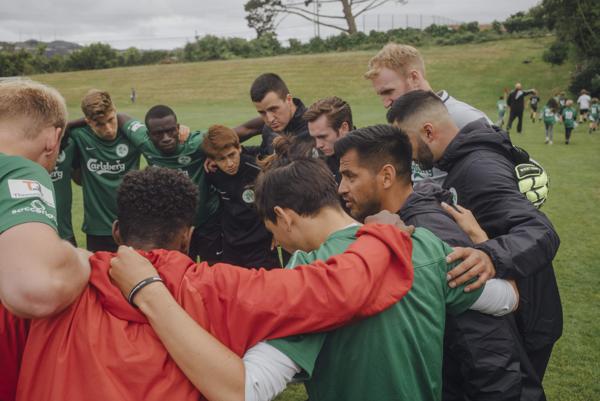 SAN FRANCISCO — Javier Ayala-Hil has stepped down as head coach of the San Francisco Glens.

Ayala-Hil took the helm in 2018 when the Glens joined USL League Two, then known as USL PDL. During his two seasons in charge, San Francisco sent five players to the MLS SuperDraft (two first-round picks) and seven more to the professional ranks.

In addition, he coached the Glens' Under-16 team, signing four players to the USL2 First Team during this period as well as coaching them in the NPL Champions League.

Recently, however, his wife Bianca gave birth to their first child, Nina Paloma. Ayala-Hil cited his new duties as a father in addition to his other position as assistant coach at the University of San Francisco as the principal reasons behind his decision.

"To have the ability to spend more time with my family is a big point for me," he said. "It's very difficult for me to make that transition, but that's part of it. I'm very thankful I was part of the Glens organization in building the USL2 program, and from top to bottom, they have a bright future ahead."

Ayala-Hil's legacy with the club is secure in his laying the foundation for the USL League Two team and the plethora of players who have enjoyed success at the next level, as well as the youth players whose lives he has shaped forever.

"I want to sincerely thank you for myself and everyone at the club," said Glens executive director Mike McNeill. "You've been a huge asset for us, from coaching our 2003 NPL Boys, to running our first College Education Night, to laying the foundation for our USL League Two program. I wish you all the best, and you'll always have a home with the San Francisco Glens."

The Glens will announce Ayala-Hil's successor Tuesday morning on SFGlens.com and all their social media channels.