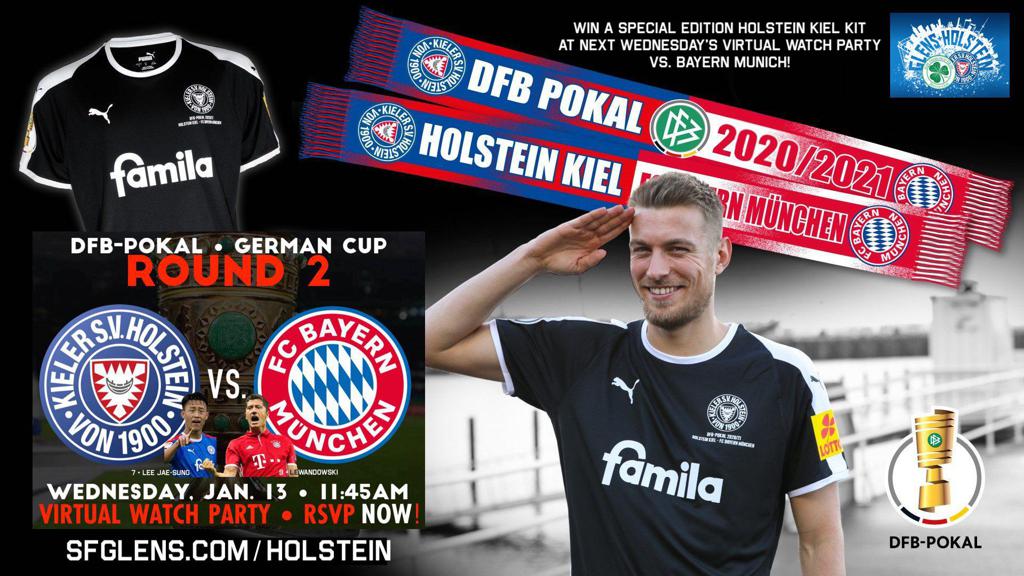 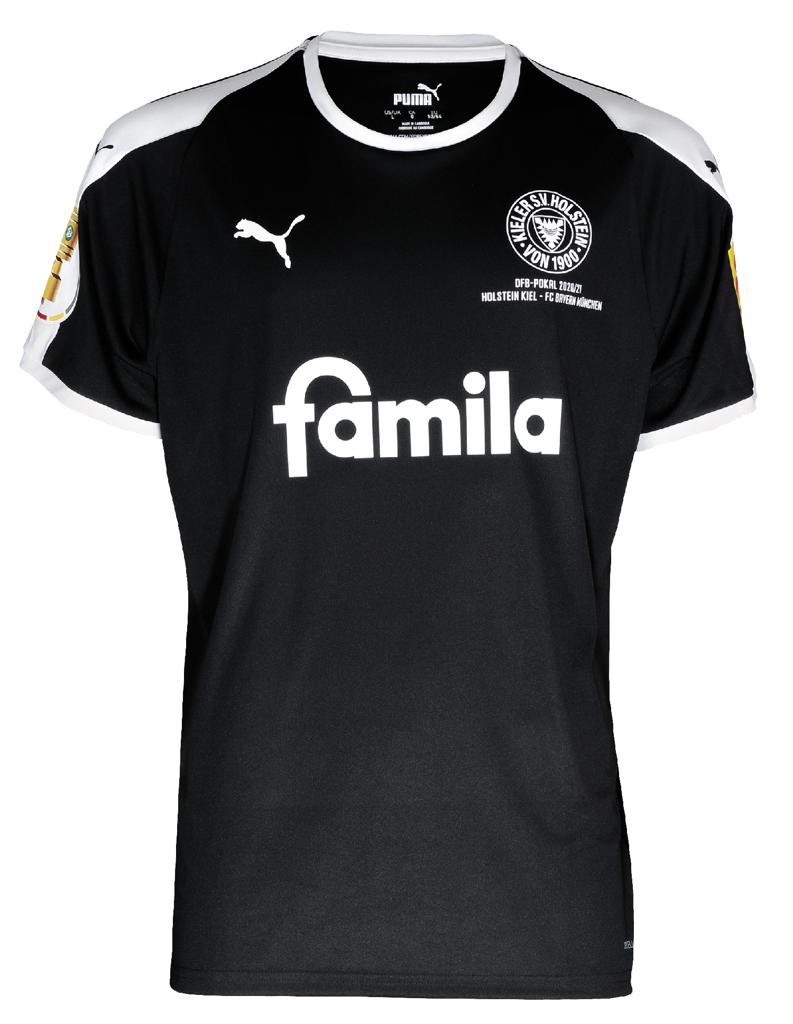 Holstein Kiel, the San Francisco Glens' official partner club, has punched above its weight the past four seasons as the smallest club in 2. Bundesliga.

Now the Storks will get their shot to knock out a bona fide heavyweight when they take on Bayern Munich in the second round of the German Cup, otherwise known as the DFB-Pokal, next Wednesday, January 13th.

The Glens will host a virtual watch party for the game, which will start that day at 11:45 a.m. San Francisco time. You can RSVP at the link below.

RSVP for the PARTY!

RAFFLE GIVEAWAY: We will be raffling away one Holstein Kiel black kit by Puma that the team is wearing specifically for this game! You must register for free below and be present at the party to enter.

Shocking the soccer landscape has become a recurring theme in in Kiel, as Holstein currently sits in second place in the second division (in the last automatic promotion spot to the Bundesliga) despite having one of the lowest budgets and smallest stadium in the competition. Rising stars Lee Jae-sung and Janni Serra will spearhead the underdog's attack.

Meanwhile, the Bavarians of Bayern enter the matchup as the German Goliaths, not only having won the previous two Cup finals, but also the last eight Bundesliga titles. Robert Lewandowski and Thomas Müller have combined for 24 goals already this season and remain their focal point, if not household names.

For more information on the Glens' partnership with Holstein Kiel, visit sfglens.com/holstein.