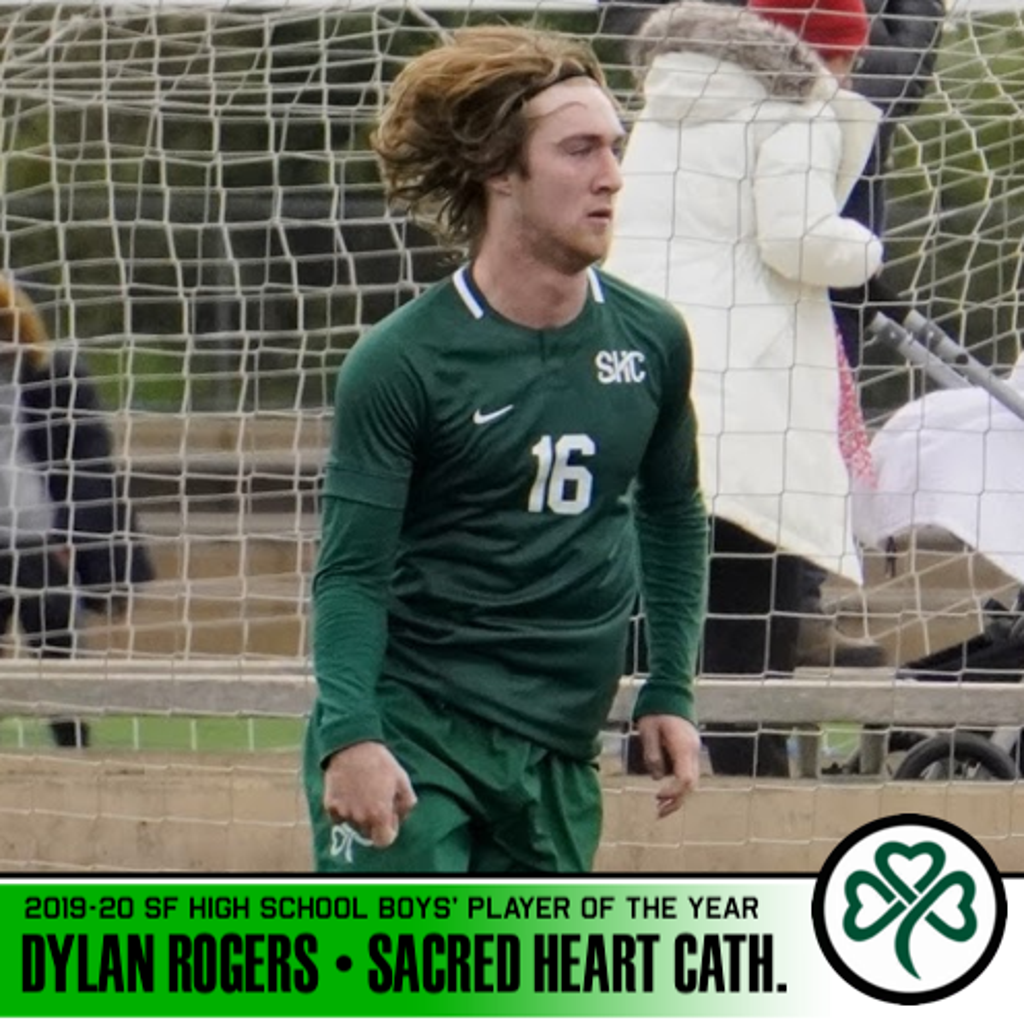 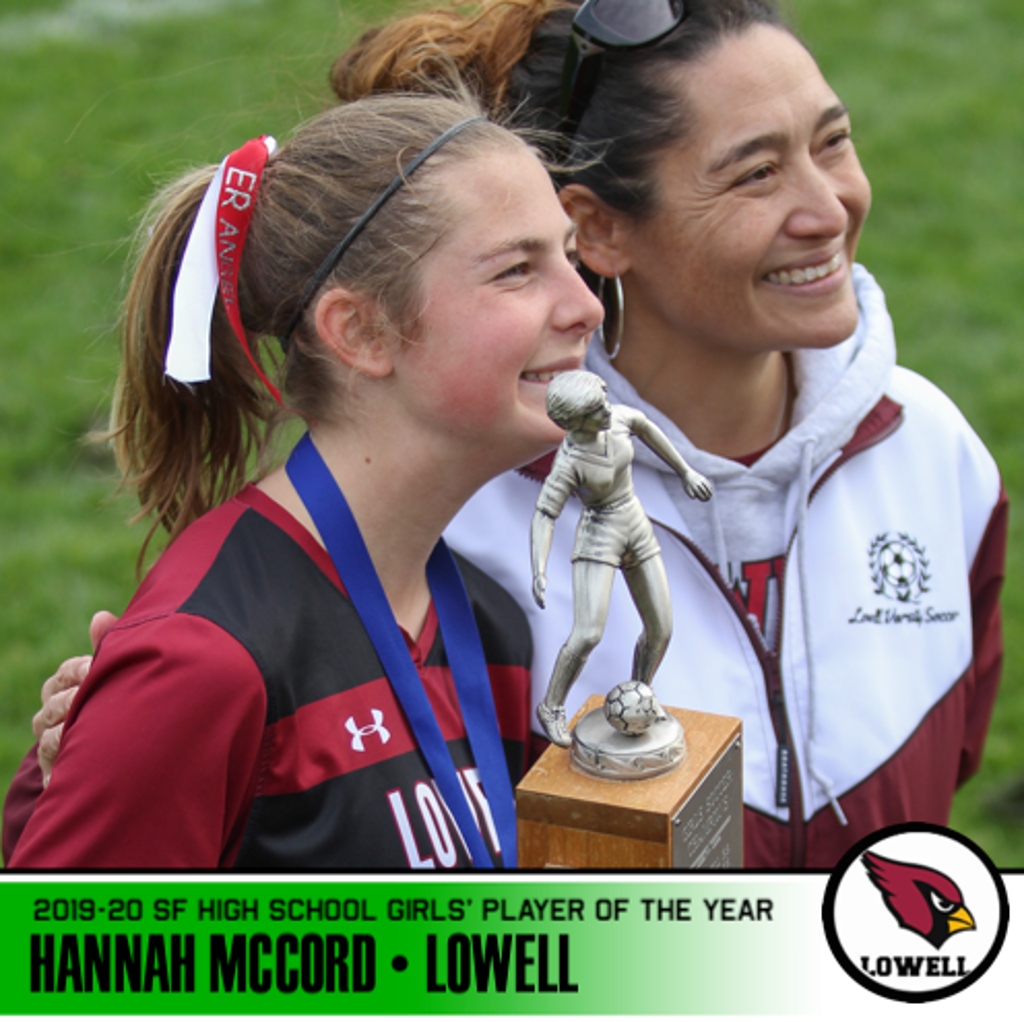 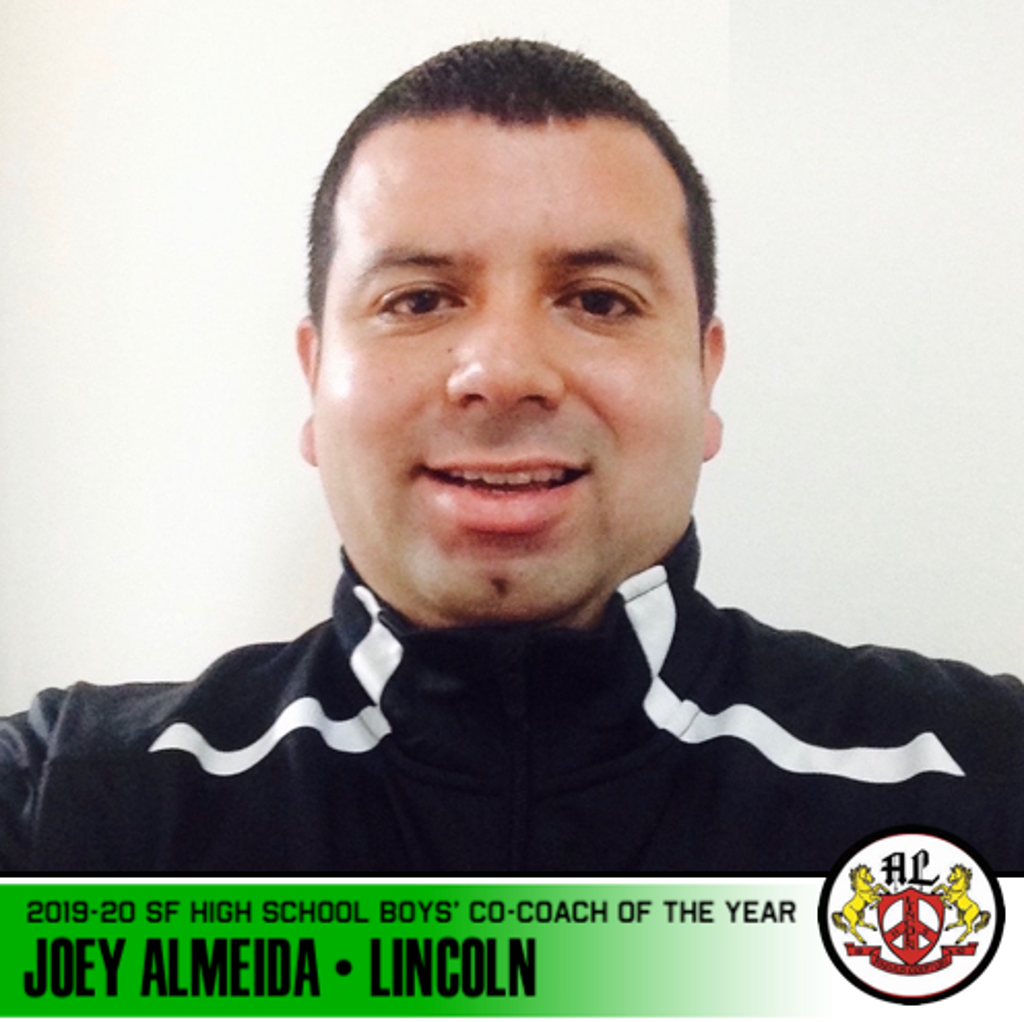 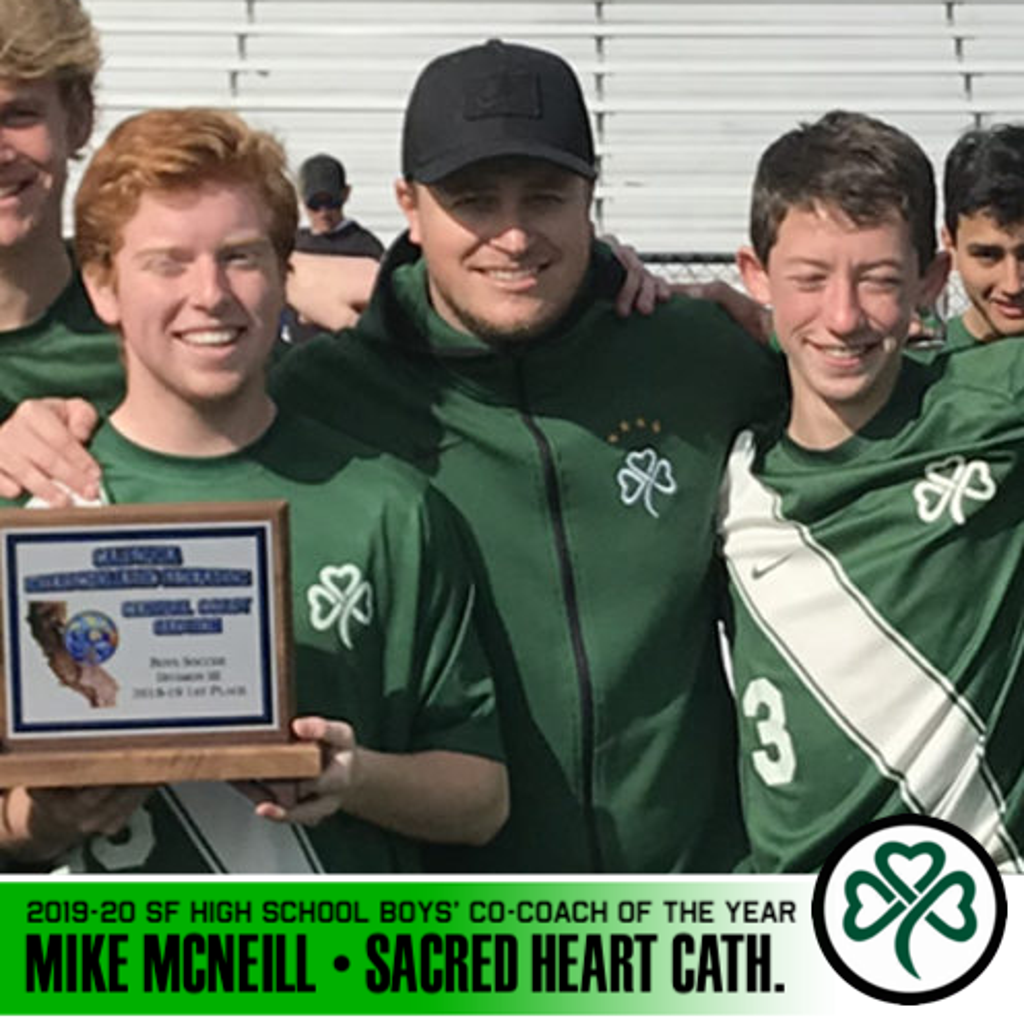 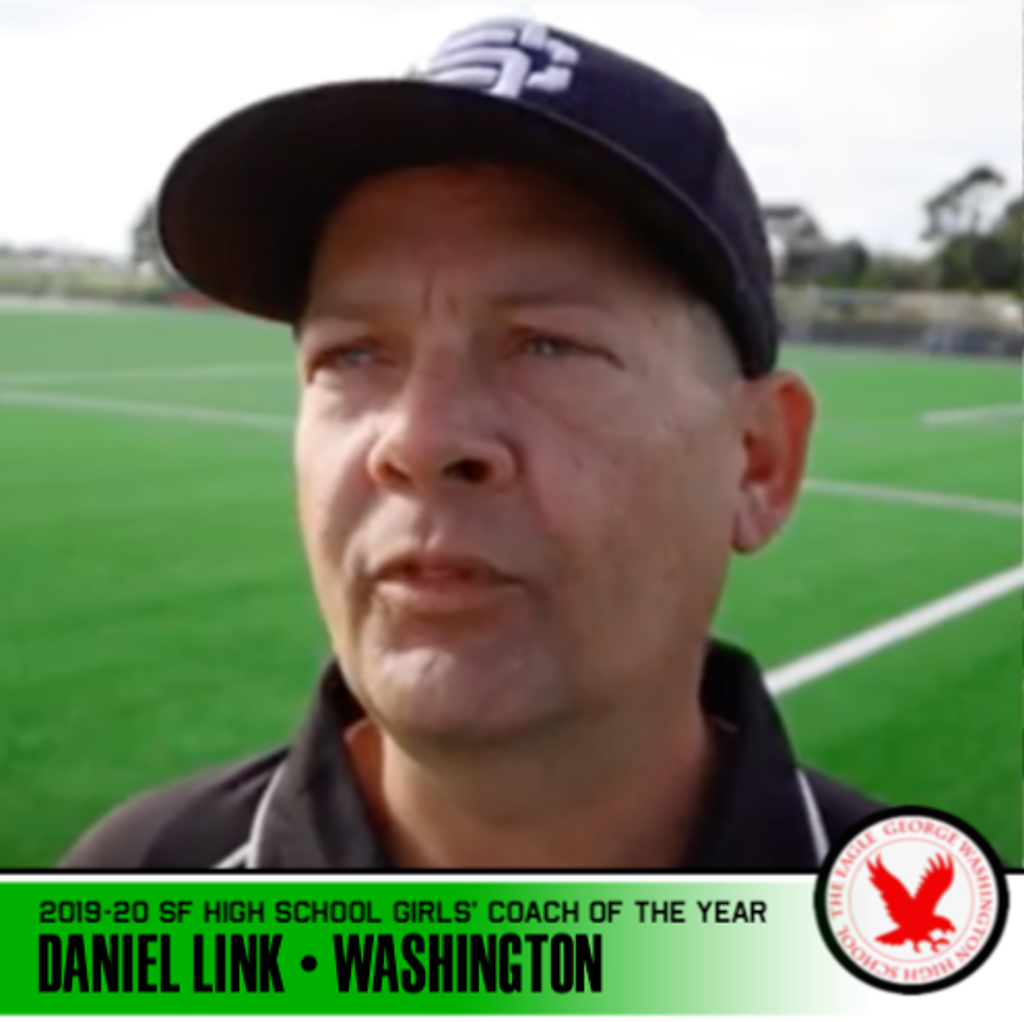 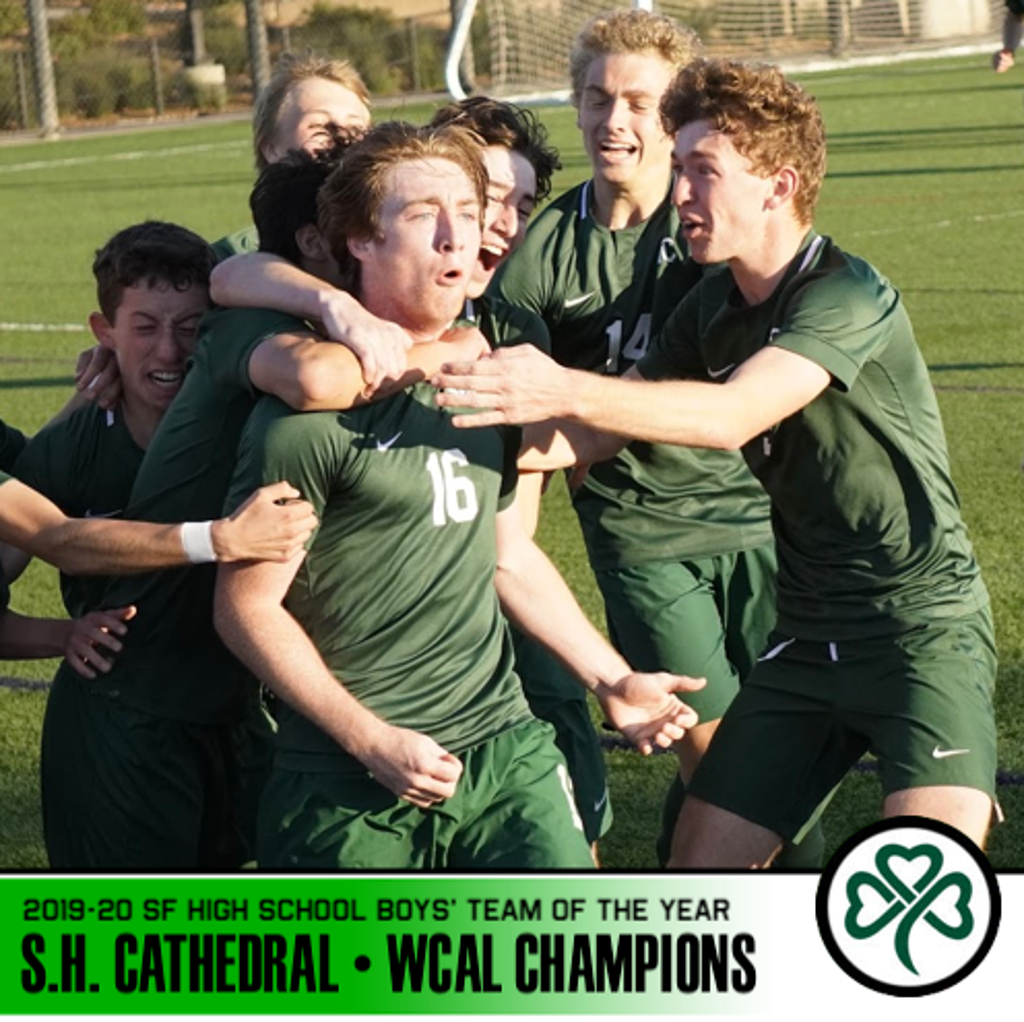 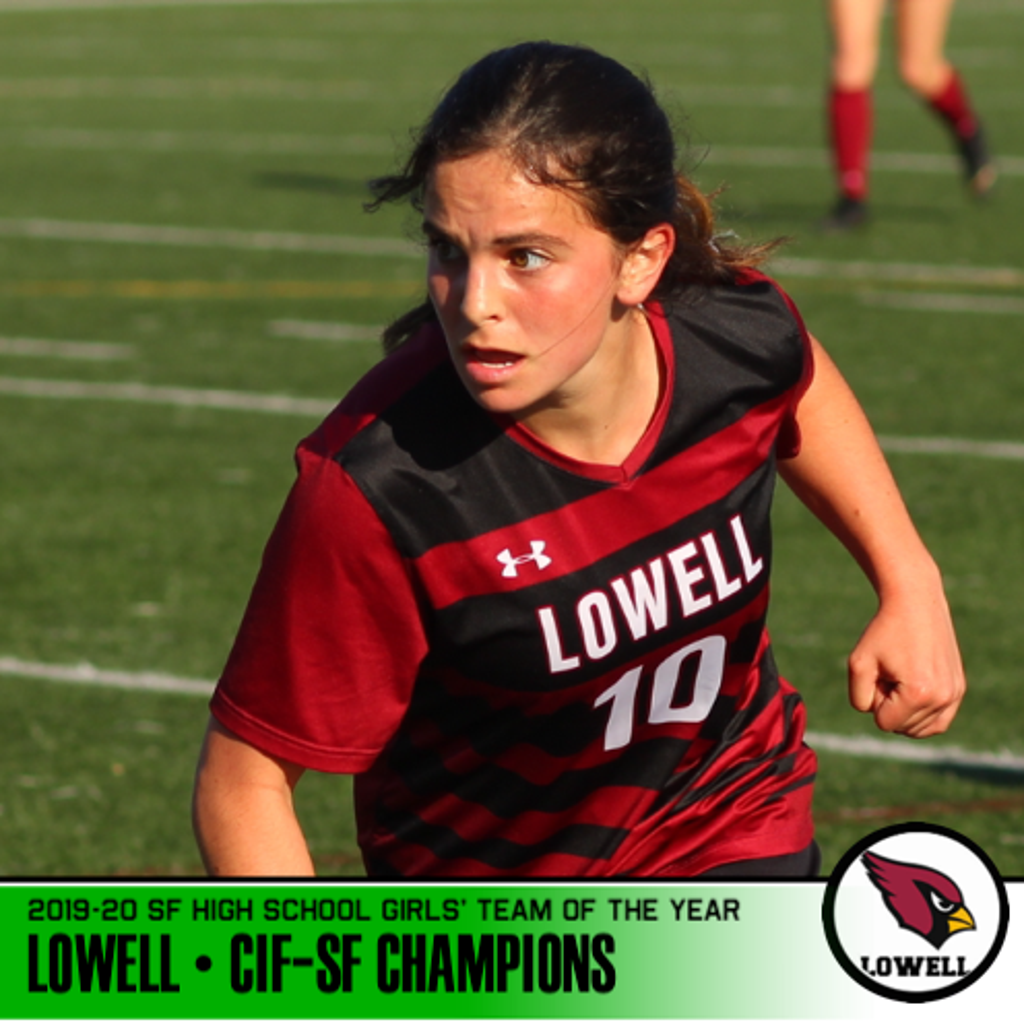 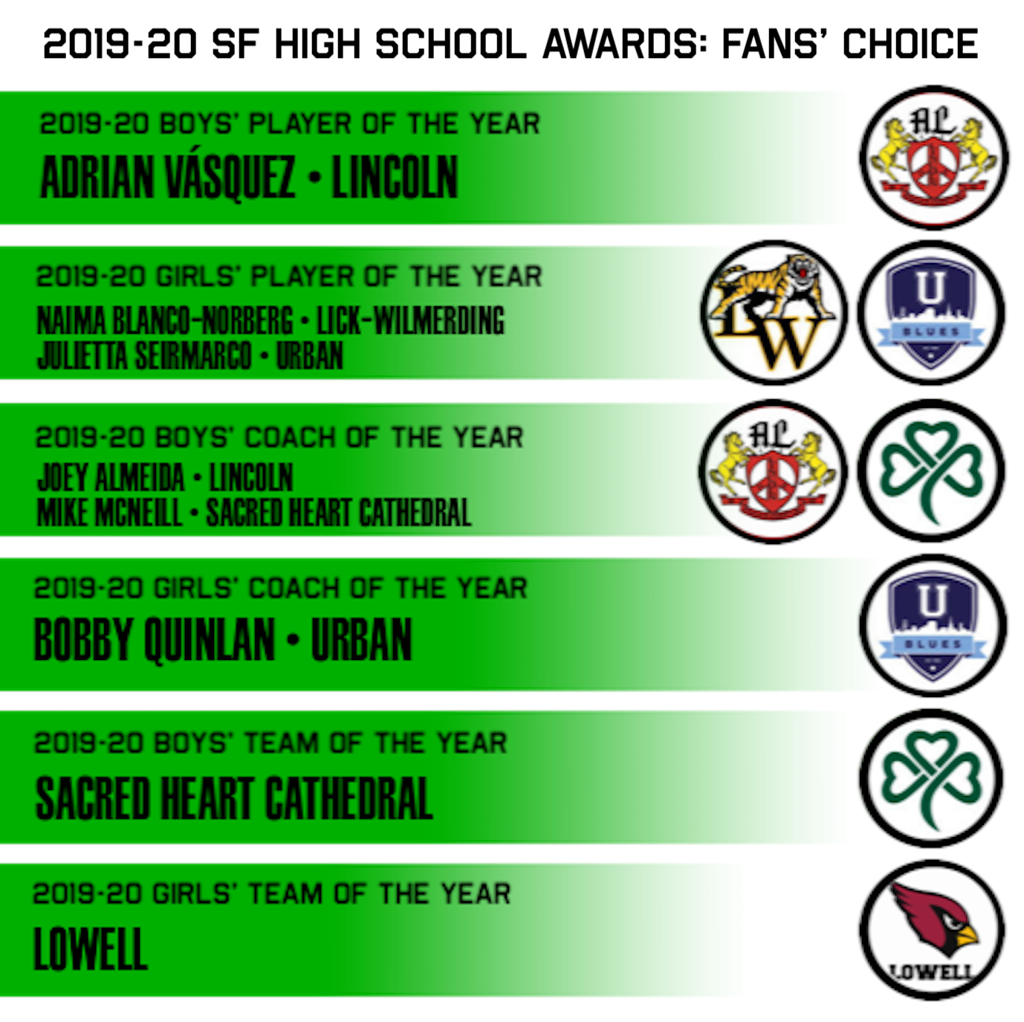 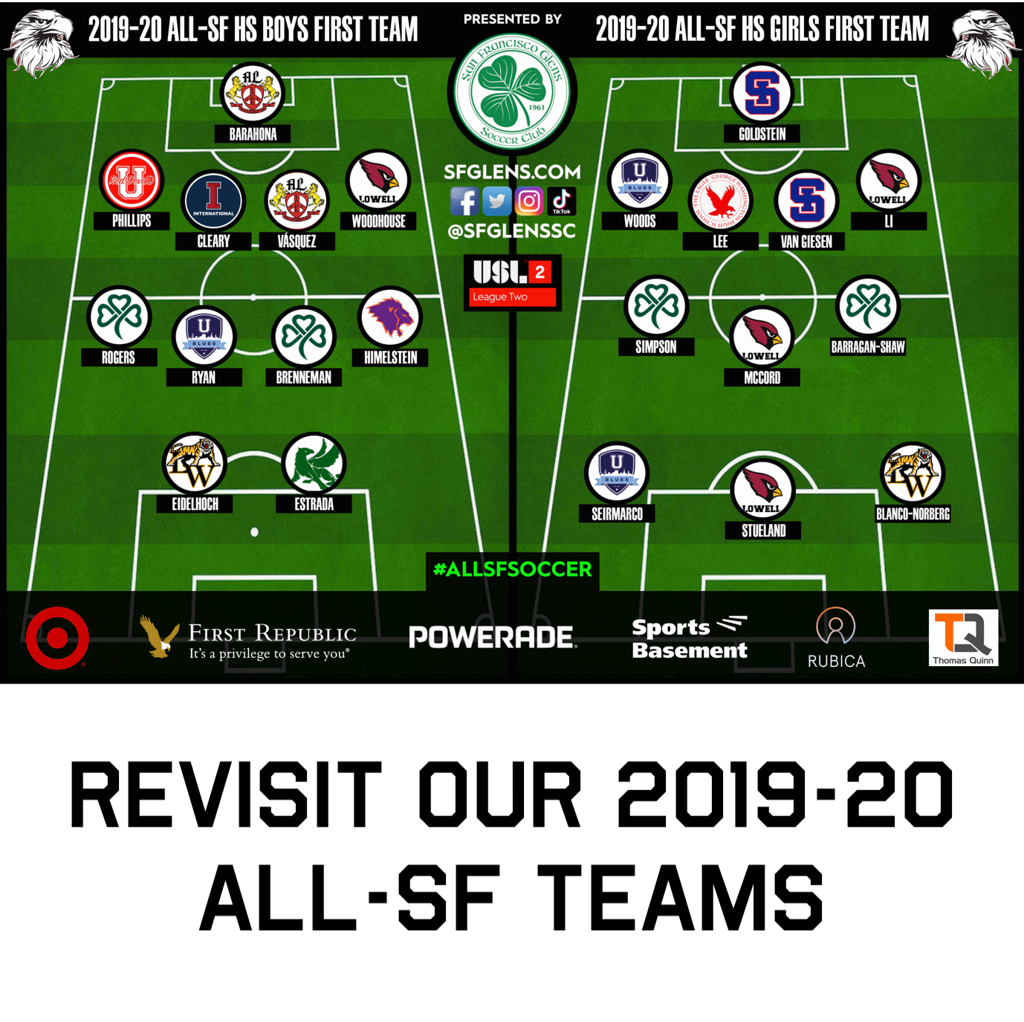 We apologize for the late announcement but are proud to recognize our award winners for the second consecutive season. Congratulations to all the finalists as well and a big thank you to all who voted!

In case you missed the All-SF Boys and Girls First, Second, and Third Teams back in May, click HERE.

The 2019-20 High School Soccer Awards presented by the SF Examiner are as follows:

Rogers was a dual-threat and engine in attack for the Fighting Irish. Supplying timely goals and assists in big games, he led SHC to their first WCAL title in school history in 2019-20.

Vásquez kept things nice and tidy in the back for the Mustangs, helping his defense earn seven clean sheets in CIF-SF play.

McCord, now a freshman at the University of Portland, was the versatile linchpin for a Cardinal squad that kept their string of CIF-SF dominance alive, capping a storied career that included a NorCal crown the year before.

Blanco-Norberg’s 10 goals and five assists transformed the Tigers into a force in the BCL, while Seirmarco found the back of the net more than once per game for their conference rival Blues, tallying 16 goals and nine assists.

Link’s Eagles (6-6-1; 5-4-1) downed Galileo and shocked perennial contender Mission to reach the CIF-SF final, where they gave Lowell all they could handle in a 1-0 defeat.

Quinlan’s Blues (10-8-4; 5-3-2) were a tough out all season, starting with a gritty 0-0 draw with powerhouse Lowell and ending with a trip to the NCS tournament.

The Fighting Irish followed up their CCS title in 2018-19 with their first WCAL title in school history, capturing the title in dramatic fashion by shutting out Bellarmine 4-0 in the regular season finale. Joining Player of the year Dylan Rogers on the All-SF First Team was highly touted Ellis Brenneman. Defender Devin Pittler-McNamara (Second Team) and goalkeeper Zach Thomas (Third Team) were also All-SF selections for co-Coach of the Year Mike McNeill.

The Cardinals’ trophy case added yet another CIF-SF championship under the watchful eye of Amber Wilson, last year’s Coach of the Year. Alongside Player of the Year Hannah McCord on the All-SF First Team were backline anchor Shannon Li and forward Sienna Stueland, with Second Team selection Audrey Fuchs providing more firepower up front.