SAN FRANCISCO — The San Francisco Glens have entered the dynamic world of esports for the first time through a strategic partnership with QLASH, a leading global esports organization well-versed in the intersection between gaming and soccer.

The alliance with the Glens represents QLASH’s first venture into the American market after establishing esports teams in Italy with seven-time UEFA Champions League winners AC Milan, and in Spain with perennial UEFA Europa League contenders Villarreal CF. After winning the Best Italian Team award at the 2020 Italian Esports Awards, QLASH recently competed in the Brawl Stars World Finals, a leading mobile gaming title with an average of more than a million active users per day.

QLASH is an ideal partner for the Glens, who currently compete in USL League Two and are coached by former U.S. National Team captain Jimmy Conrad. In addition to his work on the sidelines, Conrad is a celebrated esports personality, having served as a host for EA Sports’ eChampions League tournaments as well as having his own official partner channel on Twitch.

The partnership between the Glens and QLASH is an integral part of the Club’s long-term vision to explore new opportunities to engage with younger audiences, continue to grow within the entertainment space, and remain forward-thinking in embracing the most recent digital initiatives. In addition, the Club aims to leverage QLASH’s industry expertise to ensure a sustainable and commercially driven approach to the world of esports.

A primary goal of the new venture is to establish a San Francisco Glens esports team, and that journey will commence next month with the 2021 FUT eCUP powered by QLASH | SF GLENS — an open multiplayer FIFA 21 Ultimate Team tournament that will begin on Wednesday, February 3 at 7:00 p.m. PST. Registration will take place on the QLASH Community app, which is available in both the Apple Store and Google Play Store. More details can be found on sfglens.com and the Club’s social media channels.

Mike McNeill, San Francisco Glens SC Executive Director: “We’re honored to be partnering up with QLASH to establish our very own esports team. We take pride in being a forward-thinking club, and to be able to do that with the help of an organization already working alongside the likes of AC Milan and Villarreal is a blessing. With these ever changing times, the esports space provides exciting new opportunities for exposure and engagement. It also has the potential of offering another path for our players in our club, as colleges are starting to offer esports scholarships as well. This is a big move for us.”

Jimmy Conrad, SF Glens Head Coach: “As a longtime part of the gaming community, I’m excited for the Glens to enter this partnership with an organization with the successful track record of QLASH. Building an esports team of our own for the future is the next step in the growth of our club.”

Petar Tchavdarov, QLASH Head of Partnerships and Sales: “At QLASH we are always striving to expand our activity into new markets and territories, but of course this is not always an easy task. In the San Francisco Glens, we believe to have found an ideal partner to launch initiatives in the US for the first time in QLASH's history. We are very happy to be part of this collaboration and are looking forward to our first event together centered around the FIFA21 title, and of course a long-term successful partnership.”

Originally founded in 1961 by Dr. Michael McFadden for the local Irish-American community as an amateur club in the local SFSFL, the Glens are now open to all San Franciscans with the unique distinction of having players from every zip code in The City.

Combined with their Youth Academy — an MLS NEXT, USL Academy, and NPL member — the Glens are the largest soccer club in San Francisco with over 70 teams and 1,000 players at all levels of competition. The club’s comprehensive Pathway Pyramid begins at the grassroots level with their Junior Glens micro soccer program and concludes at the top with their Senior First Team in USL League Two.

QLASH is an esports organization founded in 2017 by Luca Pagano and Eugene Katchalov. We consider ourselves a new kind of Media company building and supporting gaming and esports Communities at a global and local level.

Our mission is to create a strong, effective and engaging connection within gaming communities through innovative use of content production, management of pro players and influencers, and the organization of community and competitive events. Visit qlash.gg for more information. 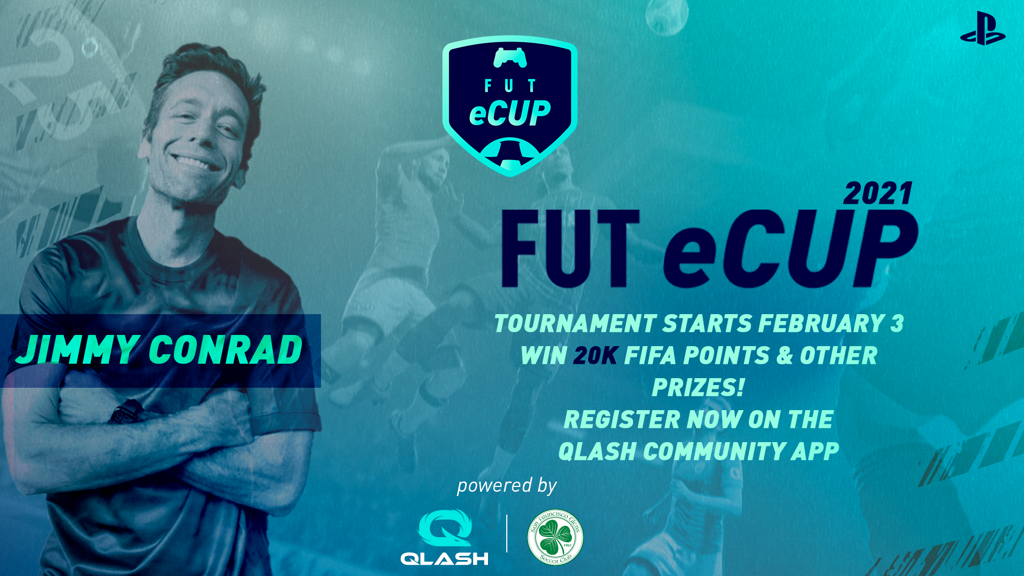