Now in its third season presented by SFGlens.com, the All-SF Soccer Team features an unprecedented eclectic and comprehensive mix of the top high school performers in The City as voted on by a multitude of coaches and athletic directors from all three conferences with San Francisco-based schools—the Bay Counties League (BCL-West and BCL-Central), the California Interscholastic Federation-San Francisco Section (CIF-SF), and the West Catholic Athletic League (WCAL).

There will be two polls for each award—one among Coaches and Media for the official winner, and another on SFGlens.com for the Fans’ Choice winner. In the event of a tie in the Coaches/Media poll, the Fans’ Choice poll will be the tiebreaker. You can VOTE NOW through July 1 at 11:59 p.m. PT.

The Glens would like to thank our partners Target, the Olympic Club Foundation, Homelight, and Sports Basement for their support, and we look forward to doing it even bigger next year!

Without further ado, we are proud to present the 2021 All-SF Soccer Team and Award Finalists! Scroll down to the bottom to VOTE! 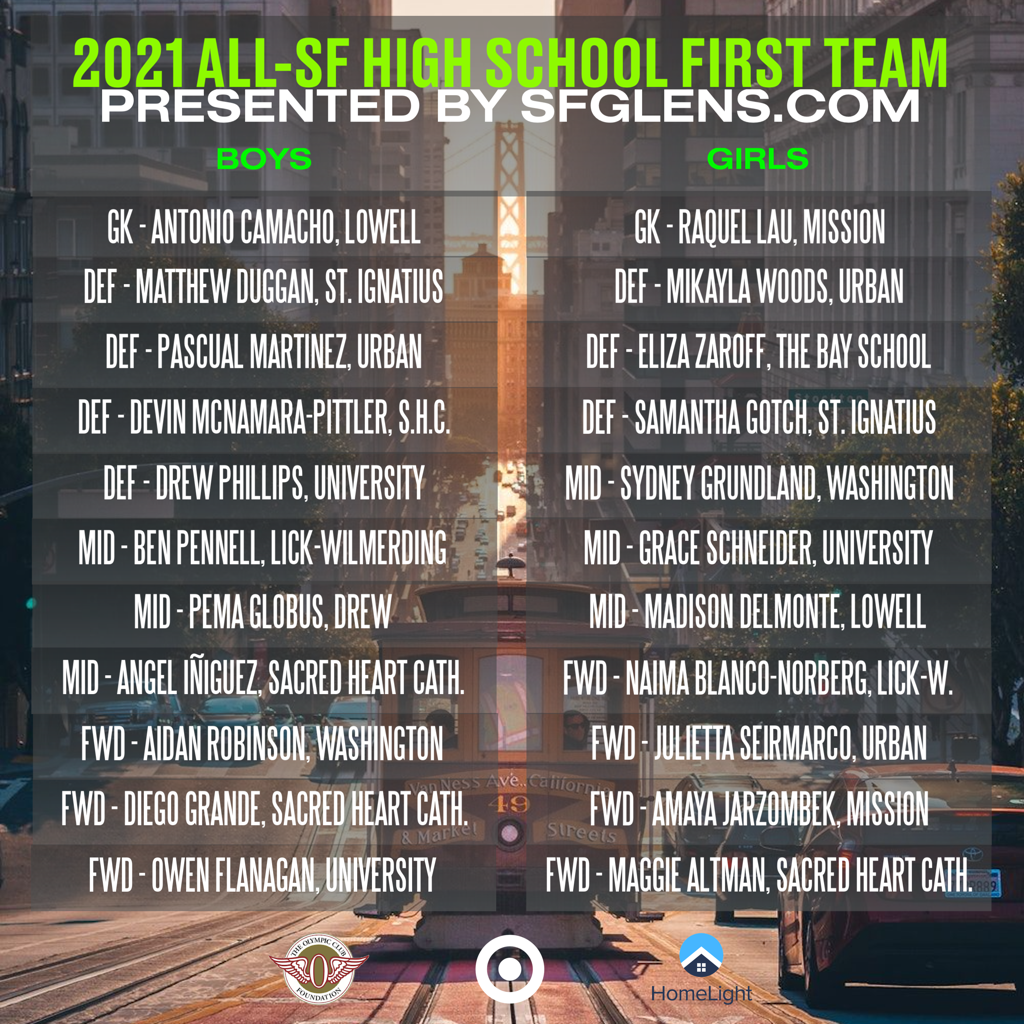 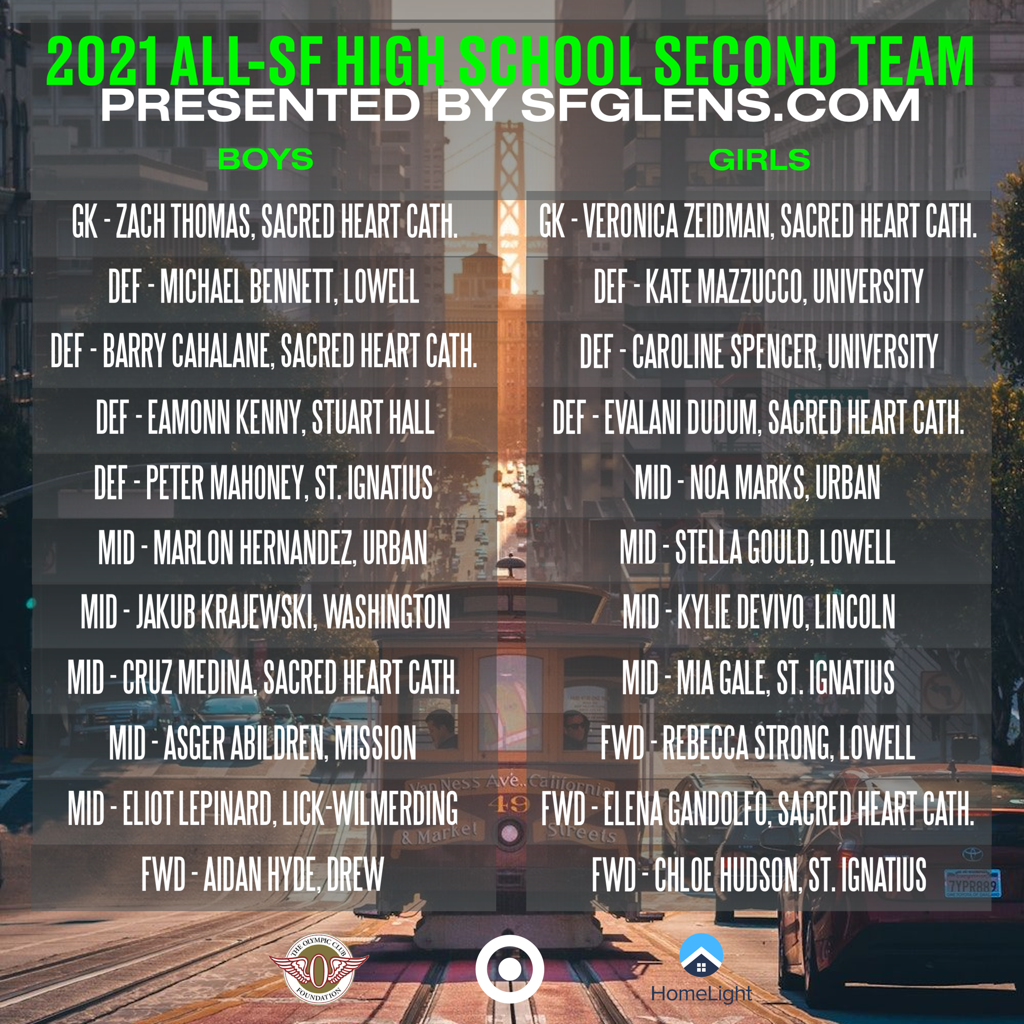 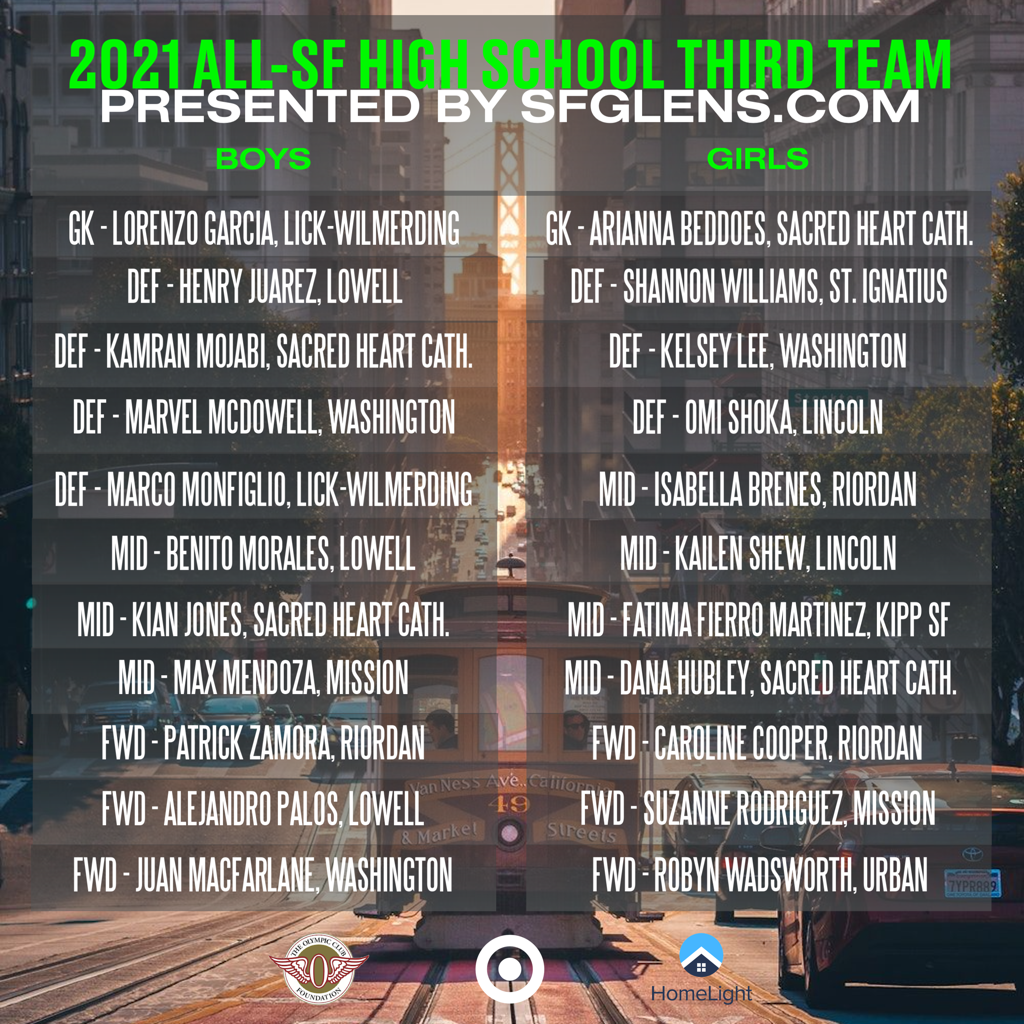 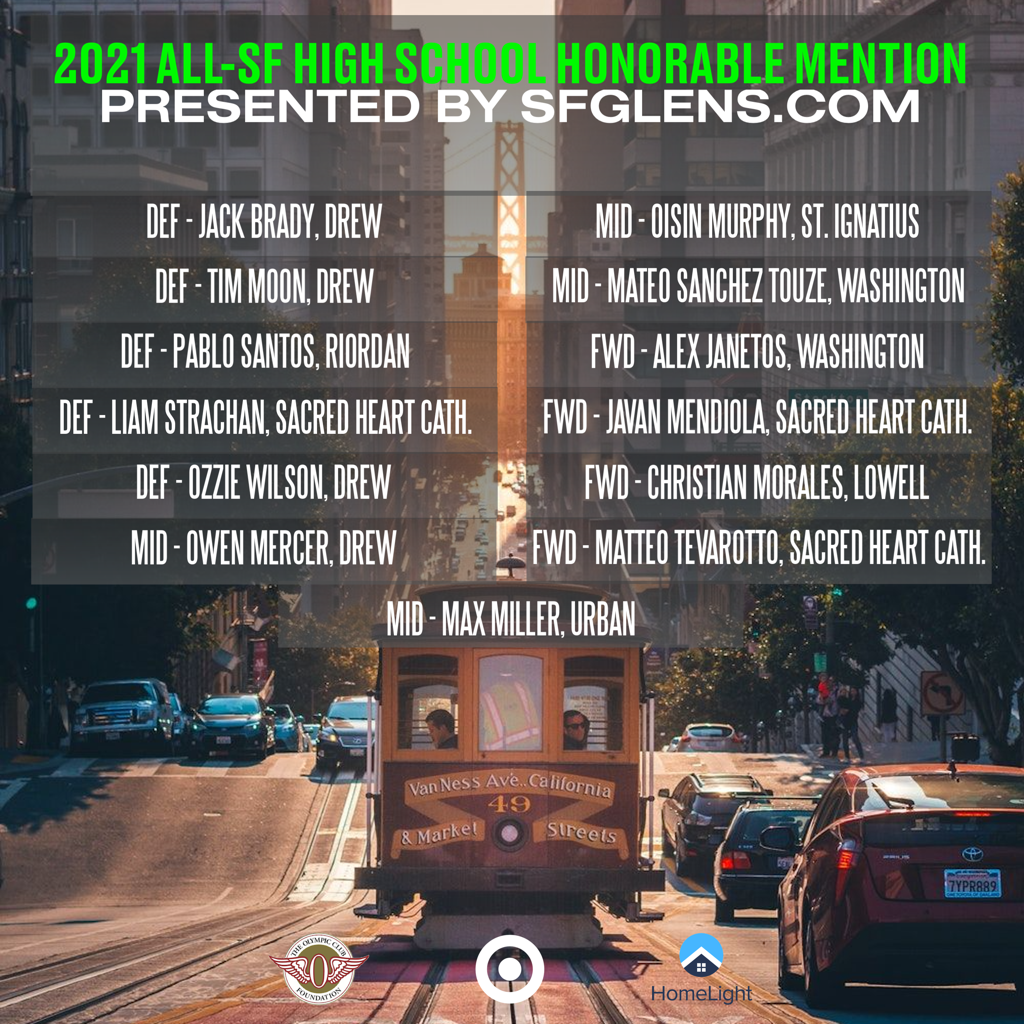 All the ballots are in for the 2021 All-SF High School Soccer Awards! We have two sets of winners for each category:

Congratulations to all the winners and we'll see you all next year! 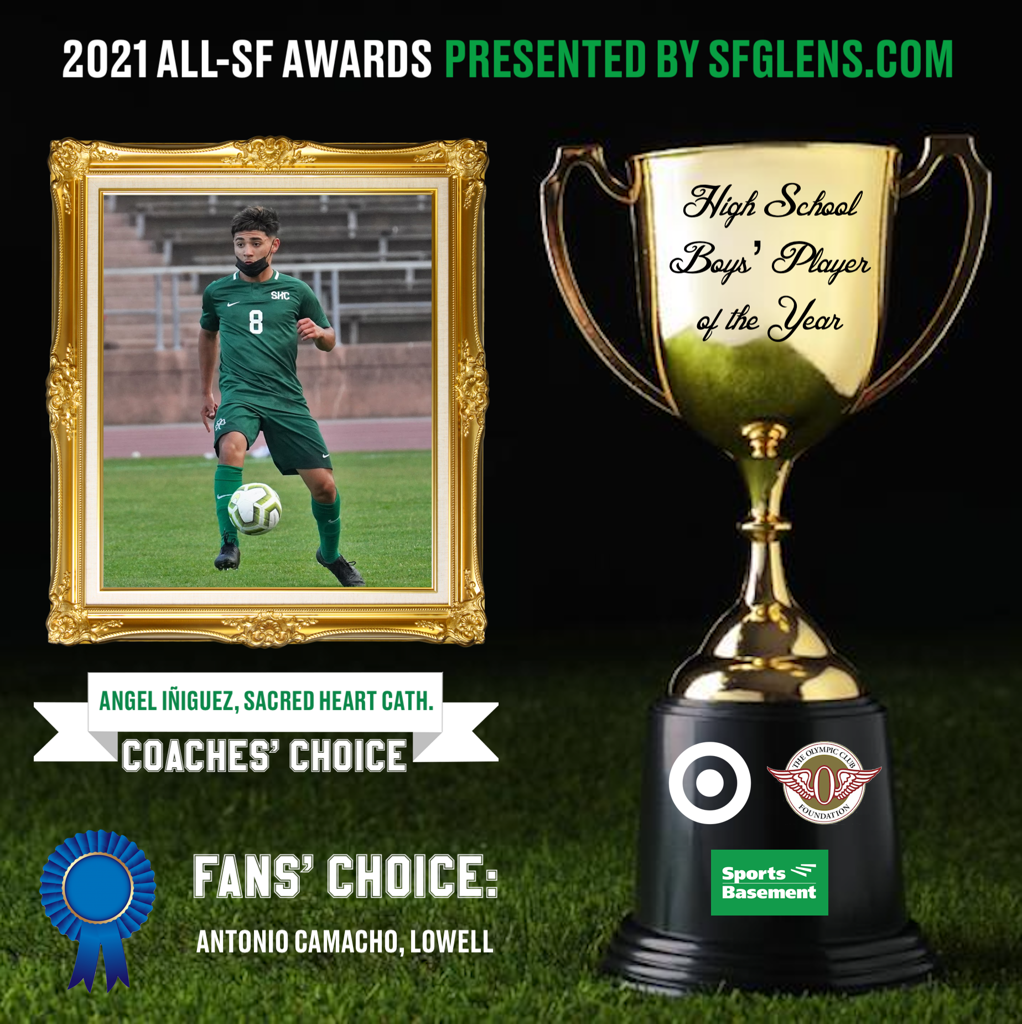 *NOTE: As it says in the photo above, Antonio Camacho attends Lowell, not Mission. Apologies for the typo. 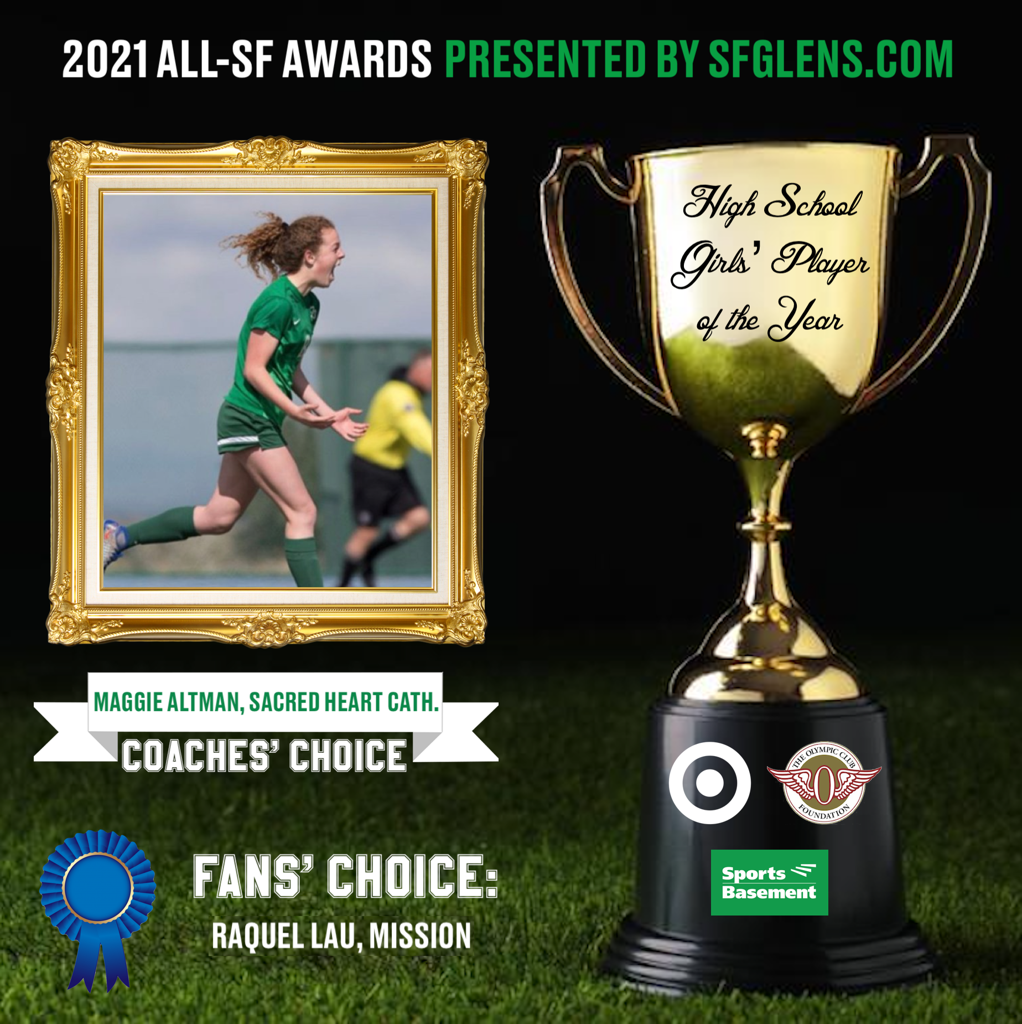 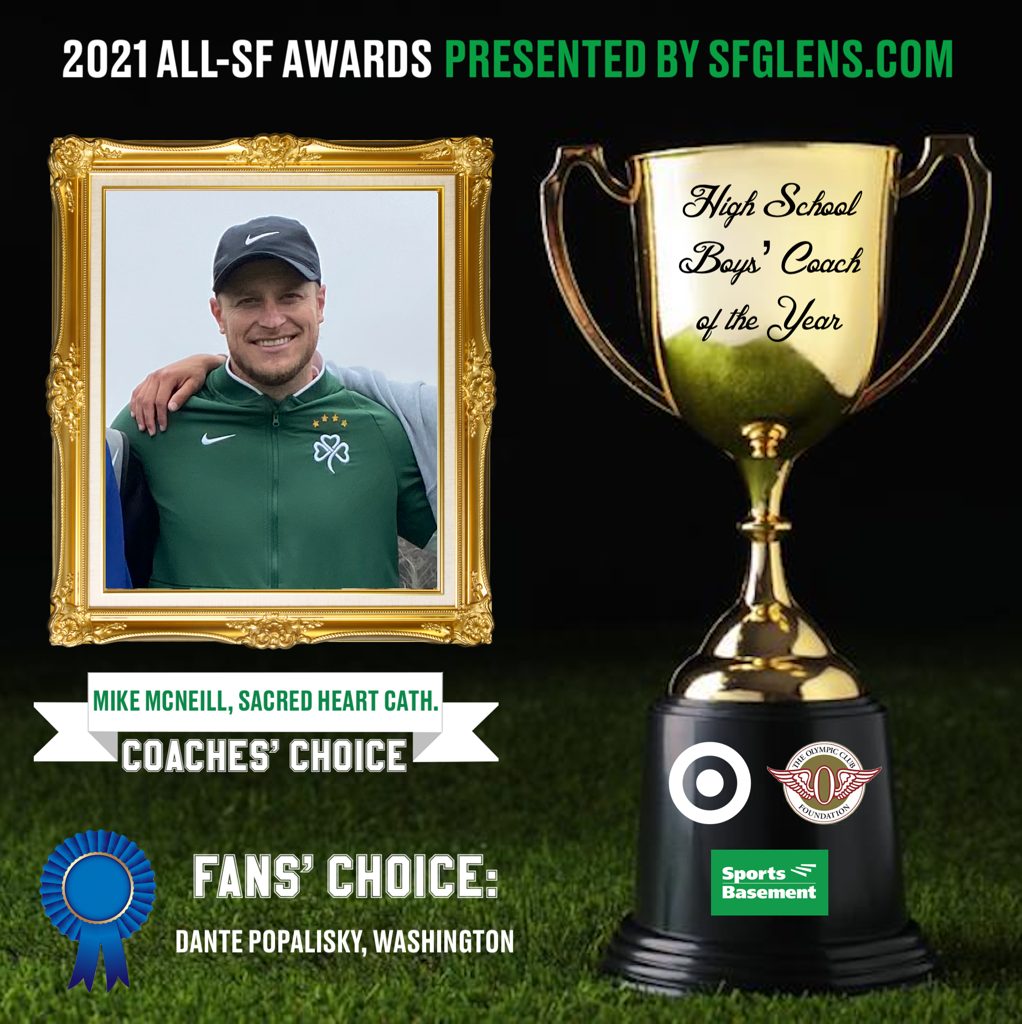 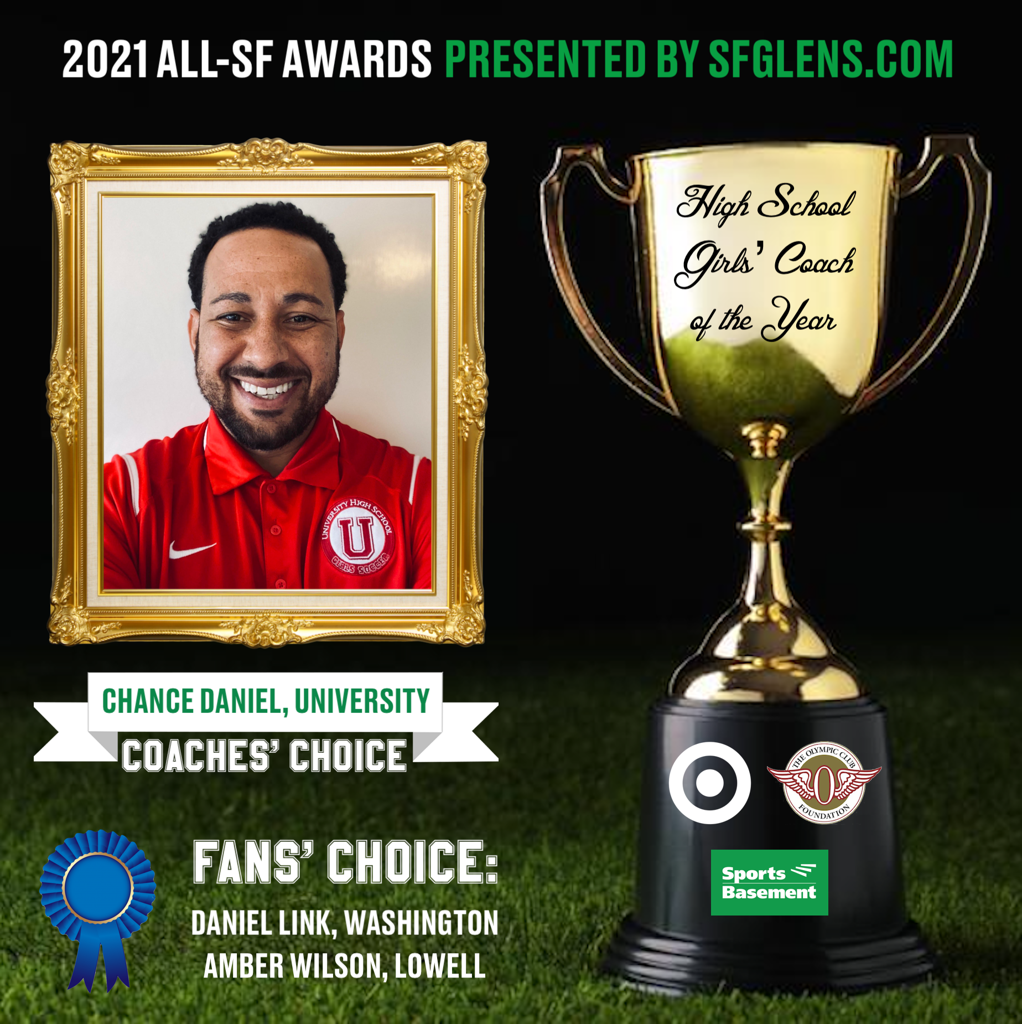 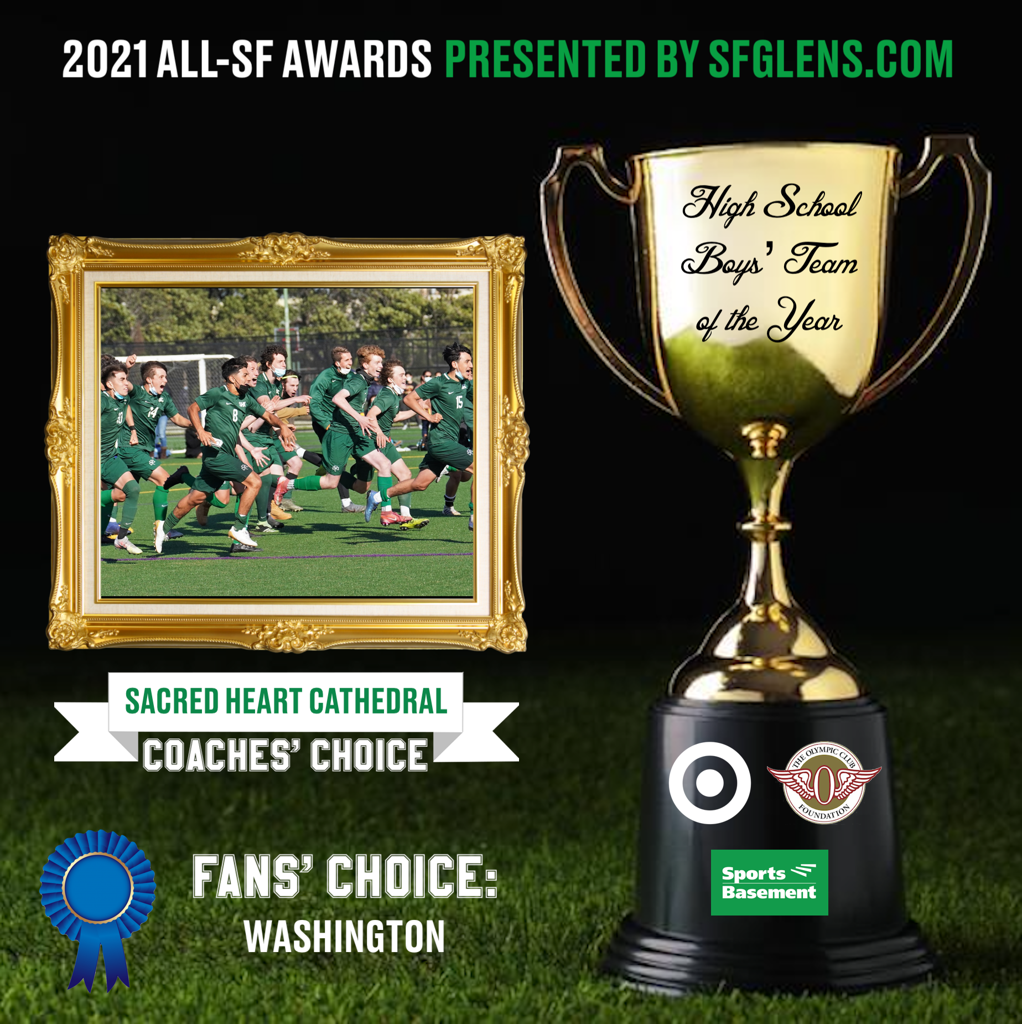 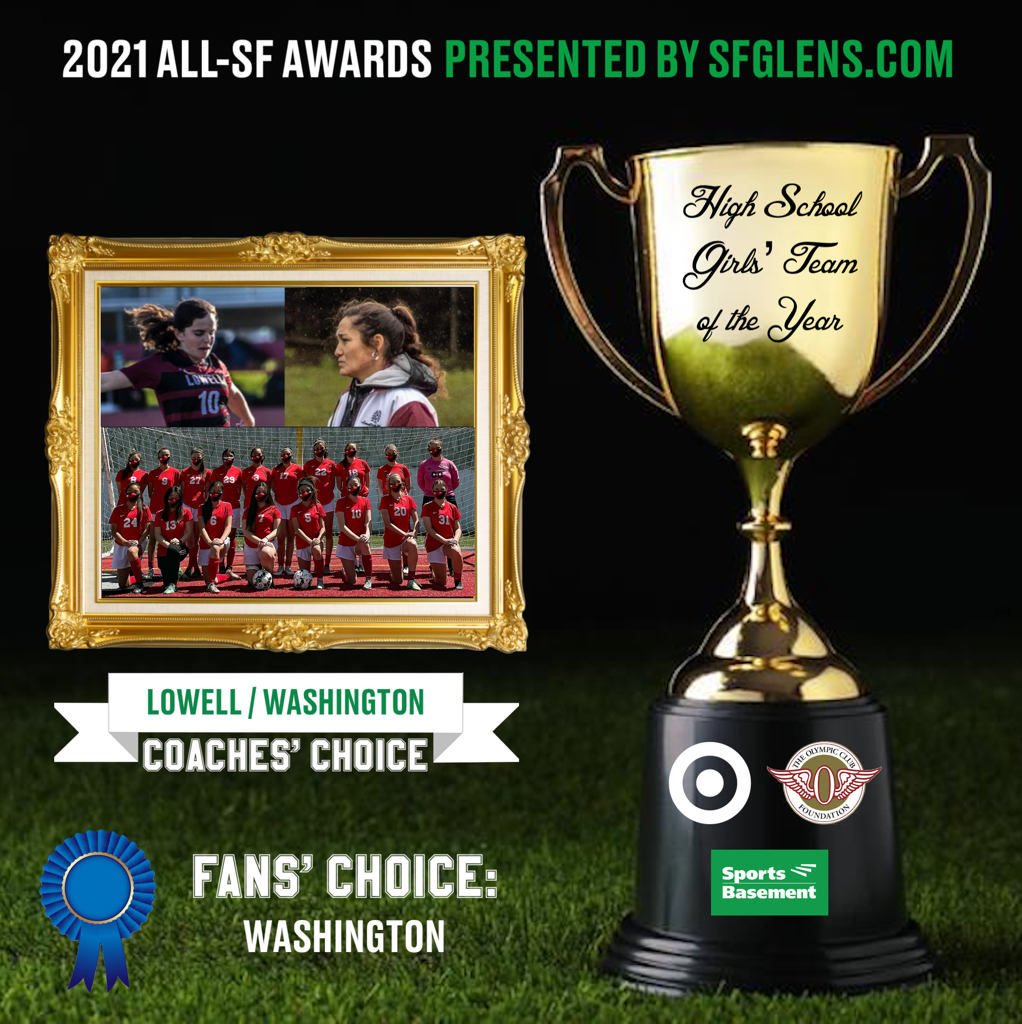