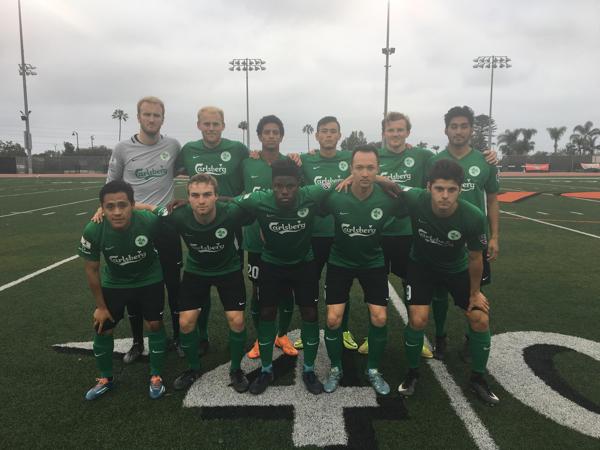 VENTURA, California — Home is where the heart is, and the San Francisco Glens can’t get there fast enough.

After a relatively even first half, the Ventura County Fusion found the net three times in the final 40 minutes to defeat the visiting Glens 4-0 at the Ventura College Sportsplex.

An inability to cleanly clear a long ball in the 43rd minute led to the Fusion’s first goal. Glens forward Arda Bulut had a chance to equalize in the box, but his rushed shot was too strong and Ventura County would carry a 1-0 advantage into the locker room at the half.

As the Glens sought to tie the game, the Fusion took advantage of the more open field and added goals in the 51st, 56th, and 85th minutes to put the contest away.

The four-goal deficit was the largest the Glens faced all season, with their four previous losses coming by a one-goal margin.

Join us on Sunday, July 1 at 1 p.m. for your the Glens’ return home vs. league leader FC Golden State Force. The game will take place at Boxer Stadium in Balboa Park. You can park next door at City College (358 Havelock St.) for $3.

All First Responders and Military will enjoy free admission. After the Glens’ game, the SFPD Soccer Club will play on the field against a team to be announced later.

Remember, all fans 17 and under are free to ALL SF Glens PDL home games with their Season Youth Pass! You can order yours or purchase General Admission tickets online at sfglens.com/tickets.