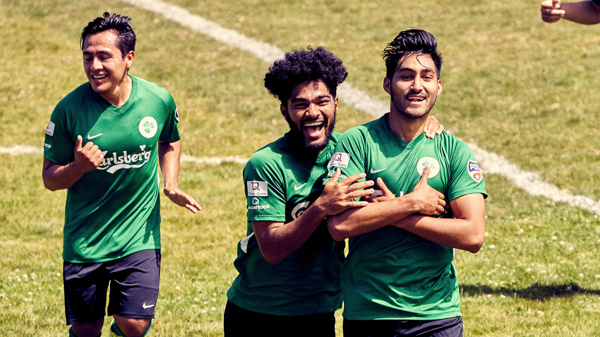 SAN FRANCISCO — The San Francisco Glens capped their first season in the USL PDL with a 1-1 draw against the visiting Fresno FC U23 on Saturday at Boxer Stadium.

Ranier Plantinos opened the scoring in the 22nd minute with his third goal in as many games; in a highlight-reel worthy play, the Glens forward beat two defenders and the goalkeeper with some fancy footwork and a clinical finish to earn Carlsberg Play of the Game honors.

However, Diego Casillas would answer for the visitors in the 74th minute with an effort that bounced off the far post and into the net.

Though the Fresno net was under siege the last ten minutes of the game, the Glens were unable to had to settle for sharing the points. Rei Dorwart, named Man of the Match presented by Renewable Rascals, was a force on both ends, creating scoring chances and effectively protecting goalkeeper Kevin Peach on the back line.

Despite being held to a draw, the Glens kept their unbeaten streak intact to close the season on a four-game stretch without a loss. While they missed the playoffs, among the bright spots were a road win in the SF Derby on Thursday and earning a draw against FC Golden State Force—one of only two games all season where the eventual Southwest Division champion dropped points.

After the final whistle, the Glens named their end-of-season award winners: